Diverxia Infrastructure has presented the Huéneja Photovoltaic Complex (Granada), which will have a total capacity of 150 MW. It is one of the most important solar energy projects currently being developed in Andalusia. The company works to promote the use of clean energy sources that help to reduce. 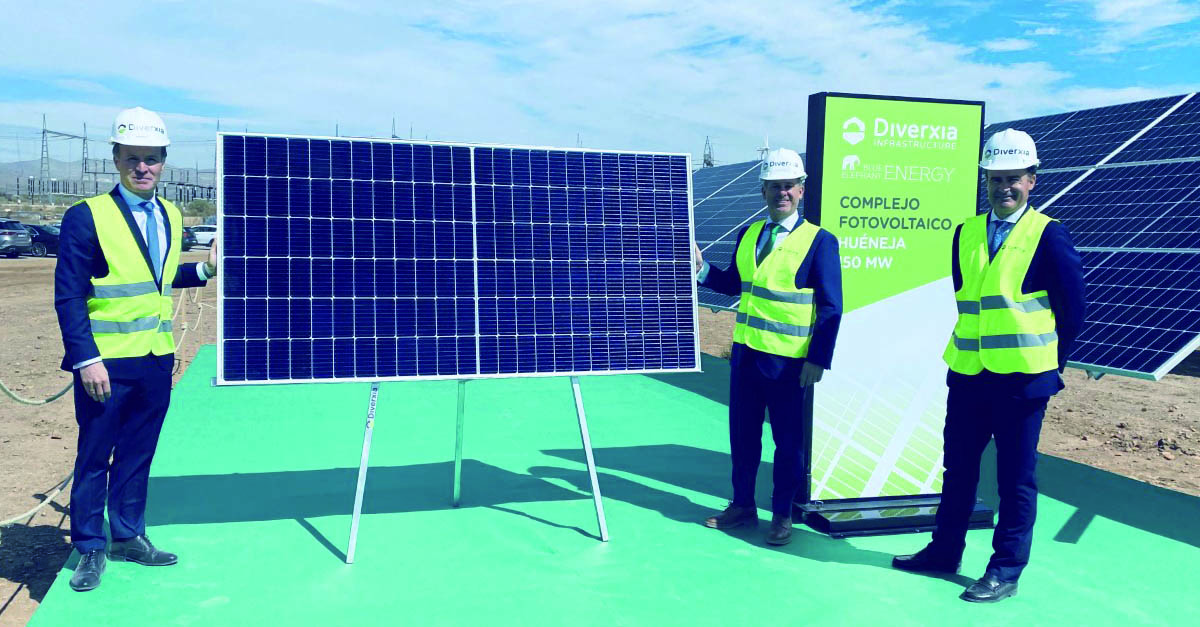 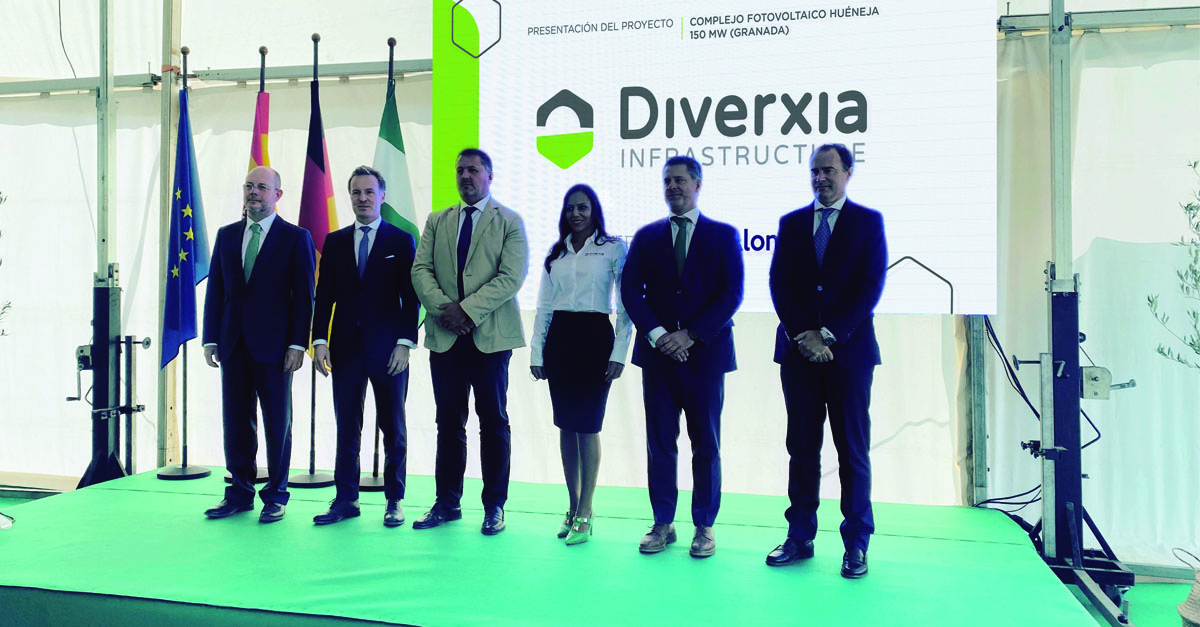 Diverxia Infrastructure, an Alonso Group company, leader in the execution of projects in the renewable energy sector, has presented the Photovoltaic Complex it is developing in Huéneja (Granada). The construction involves an investment of approximately 110 million euros and generates 350 jobs, many of them local.

The official presentation was attended by the Andalusian Regional Government Energy Managament, Manuel Larrasa, who were accompanied by the CEO of Diverxia Infrastructure, José Luis Fayos, together with the Managing Director, Paola Cásseres, the CIO of Blue Elephant Energy, Tim Kallas and Jorge Alonso, President and CEO of Alonso Group.

The Director General for Energy of the Andalusian Regional Government, Manuel Larrasa, said “we support projects that create value and wealth for Andalusia. The example of Diverxia Infrastructure in this region is a clear. I would like to remind that the Strategic Energy Plan 2020-2030 of the Regional Government of Andalusia includes a development plan in favour of renewable energies. In one year, we have processed files that reach 25 GW with a total value of 28 million euros”.

Jorge Alonso, Alonso Group’s president and CEO, recalled Alonso Group’s commitment to the environment. “We look to the future, aware that economic development is inexorably linked to the decarbonisation of the planet. Our firm support for a project like the one in Huéneja. It is a great step forward for our company, for the region and for the renewable energy sector in Spain. The future is heading towards an ecological and orderly transition in which renewable energies will play an important role in achieving a greener and more sustainable economy. The future of the next generations depends on the decarbonisation of the planet”.

Finally, José Luis Fayos, Diverxia Infrastructure’s CEO, highlighted “the great investment, technical and human effort of Diverxia Infrastructure to develop a project of the complexity of Huéneja. On a day like today we are especially proud of the progress of a construction project that will have a great direct and indirect impact on the area. I would like to take this opportunity to thank the regional and local authorities and the owners of the land for their cooperation during all this time”.

The Huéneja Photovoltaic Complex (Granada) is Diverxia Infrastructure’s most important project to date. It consists of three photovoltaic plants, with a total power of 150 MW, on a total area of 270 hectares. It is a project with a minimum lifetime of 30 years and was built in 12 months.

At present, the renewable energy sector is experiencing a real development because it is environmentally friendly. It is also an industry that does not depend on the ups and downs of the price of fossil fuels – such as oil – or other types of tariffs linked to the volatility of the markets.

Once the Diverxia Infrastructure Complex is commissioned, expected early next year, Huéneja will be able to produce clean energy for 95.000 households. This means that, in annual terms, the Granada plant will generate a total production of 318.000 MWh. These figures will avoid the emission of 225.000 tonnes of CO2 per year. In short, a great commitment to renewable energies, which are key to combating climate change. A great opportunity for development and sustainability in which the Alonso Group company is part of.

With more than 15 years of experience in the renewable energy sector, Diverxia Infrastructure works in the development and execution of large infrastructure projects all over the world. Currently, in addition to the Huéneja project, it is working on the promotion of projects in Malaga, Puertollano (Ciudad Real), Zaragoza and Cuenca, as well as other importants photovoltaic installations in Latin America.