The usefulness of a container can go beyond the transport of goods. The Alonso Group’s land transport division has a new location in a structure built from containers, one of the most characteristic elements of the sector. The original offices, located at the main entrance to the port of Valencia, have been built through the coordinated work of various companies in the holding. A sample of the added value of Alonso Group and its commitment to sustainable construction. 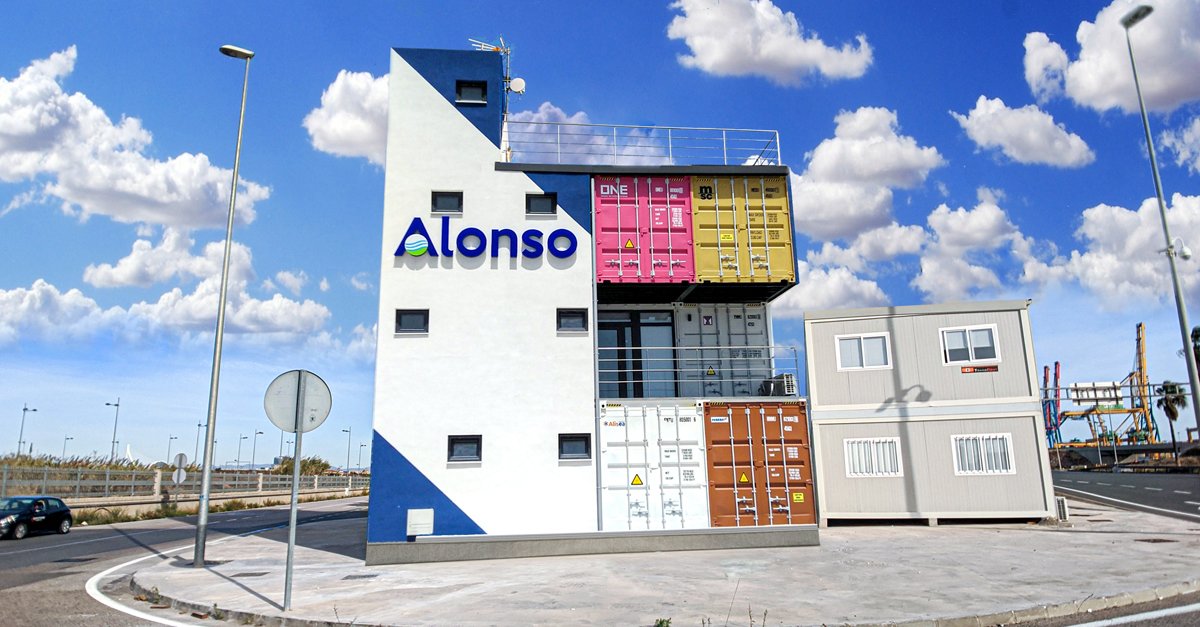 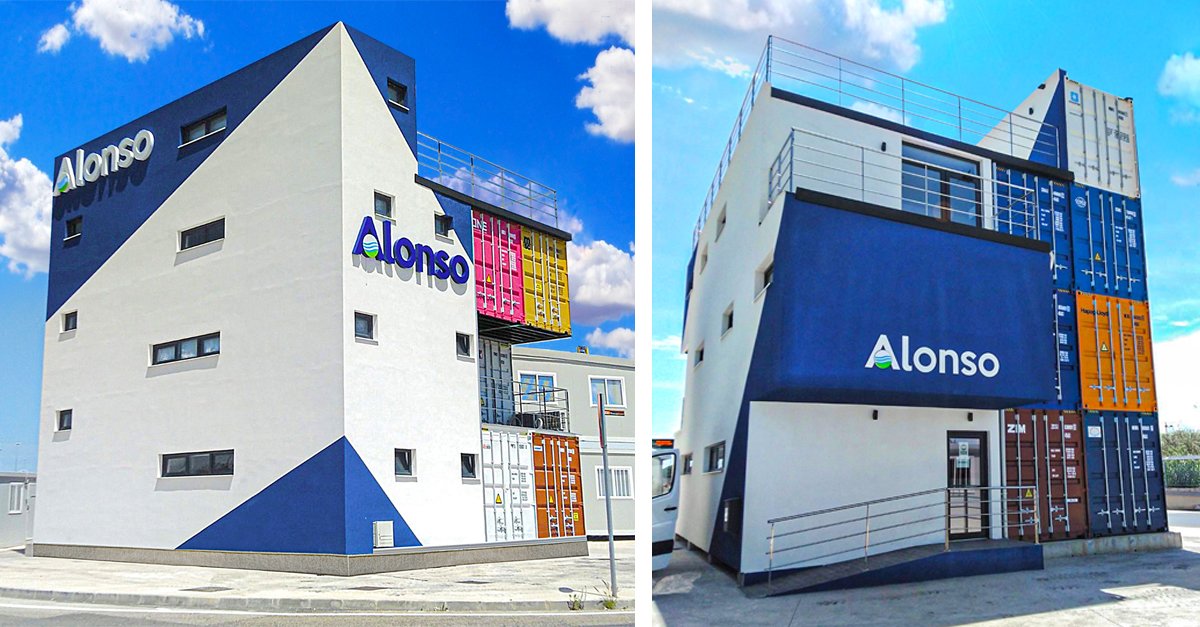 From 13 40-foot containers, we have achieved offices designed to cover the present and future needs of Alonso Group‘s land transport division. The building is composed of 4 floors where the work spaces are carefully distributed, as well as common areas for meetings, relaxation and terraces overlooking the port of Valencia.

Construction began at the end of 2018 and several companies from the holding were involved. Tymsa provided and transformed the containers, Quality Futura was responsible for the design and construction management, and Transportes Alonso for moving the containers to their current location. This is a cooperative effort between the companies that make up Alonso Group, which shows the added value of the companies that make up the group. 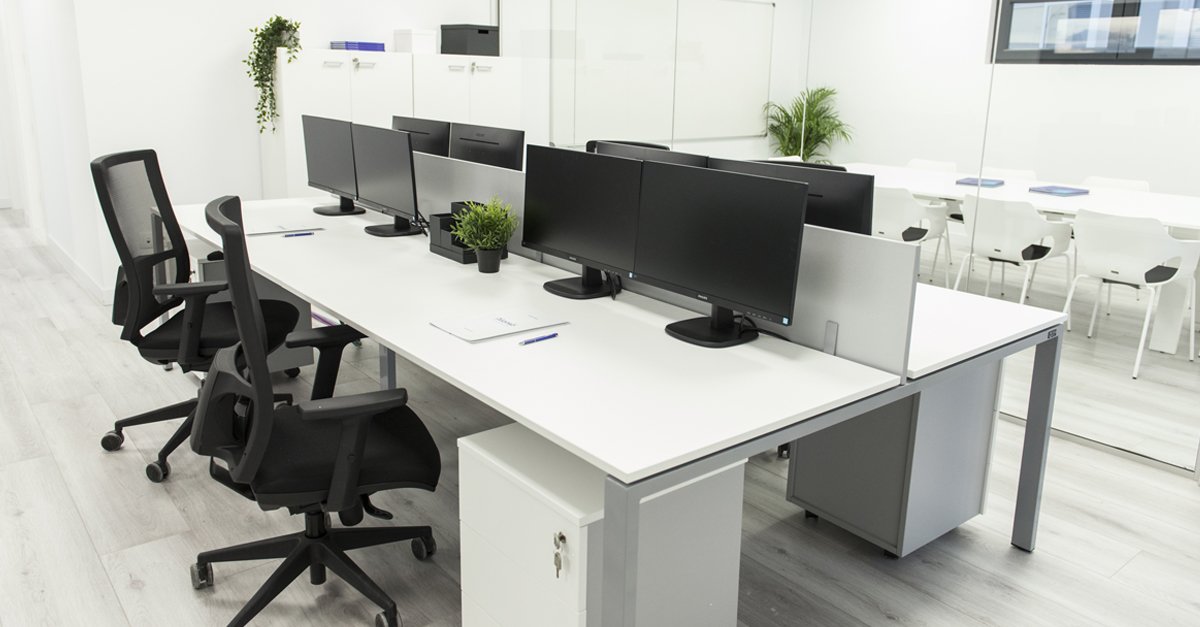 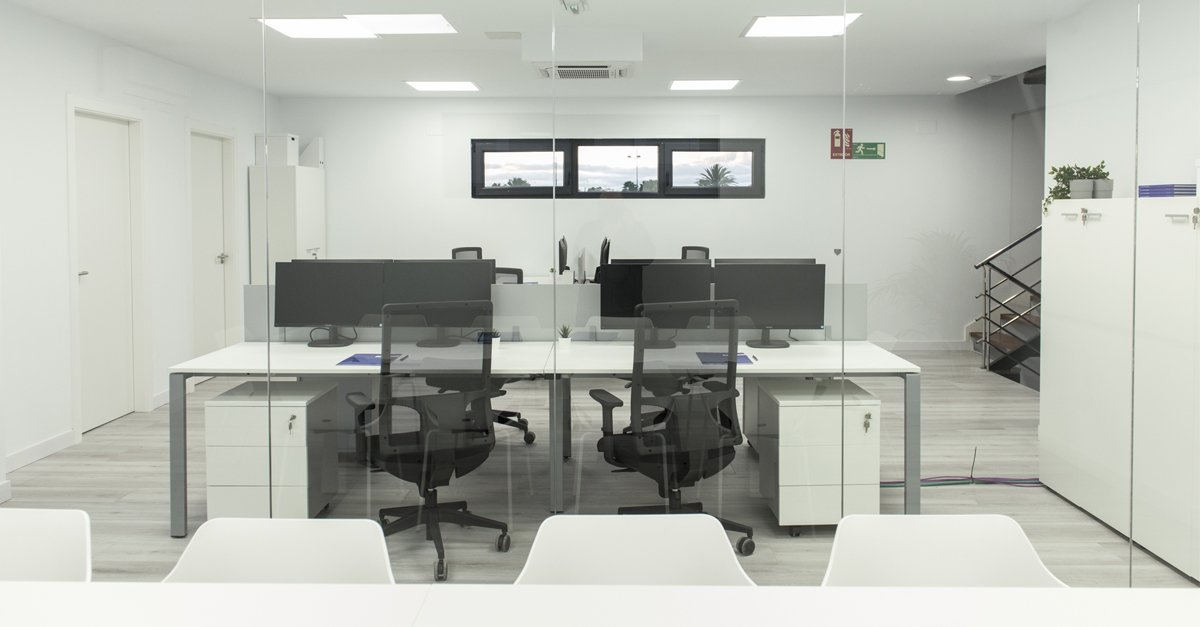 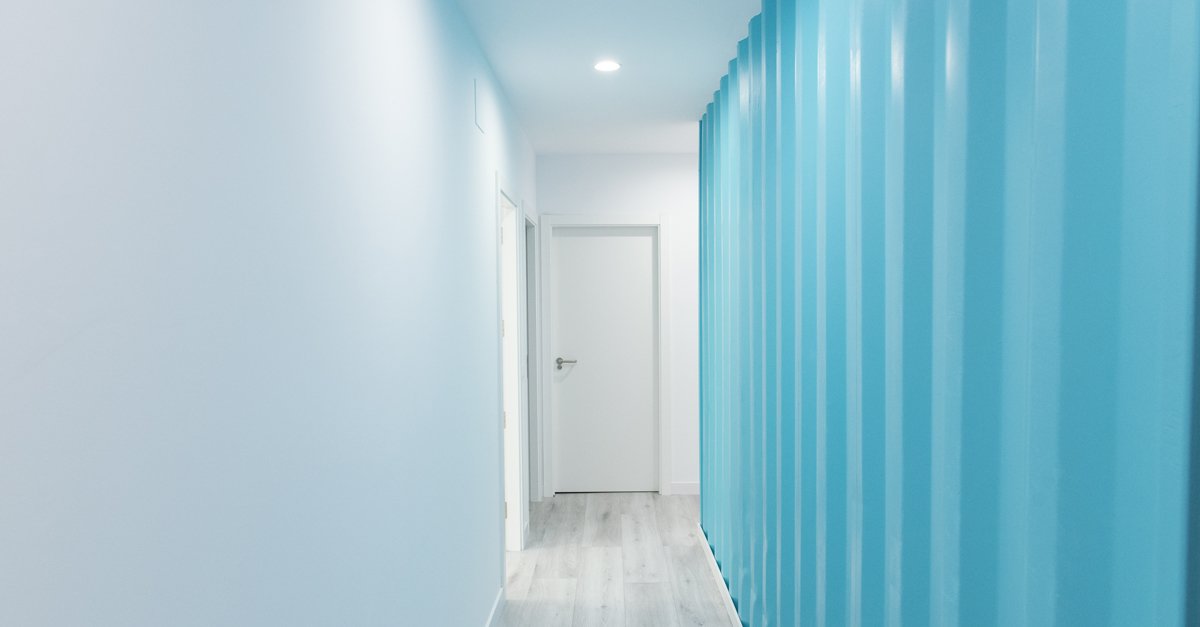 Original structure and allegory to cooperation

The exterior of the offices has an original design by exposing the doors of the containers, maintaining their original appearance. Each one of them has been faithfully painted with the colors of the main shipping companies in the world, including logos, data and serial number. All companies have granted permission to use their image on the premises.

These 12 doors represent the capacity to create synergies and collaborations between some of the main players in the national and international logistics sector and show how it is possible to work collaboratively for an evolution and common good.

The result is a characteristic and original building on the outside, as it is painted in white and Alonso corporate blue, with the combination of various door colours and crowned by Alonso signs illuminated at night. 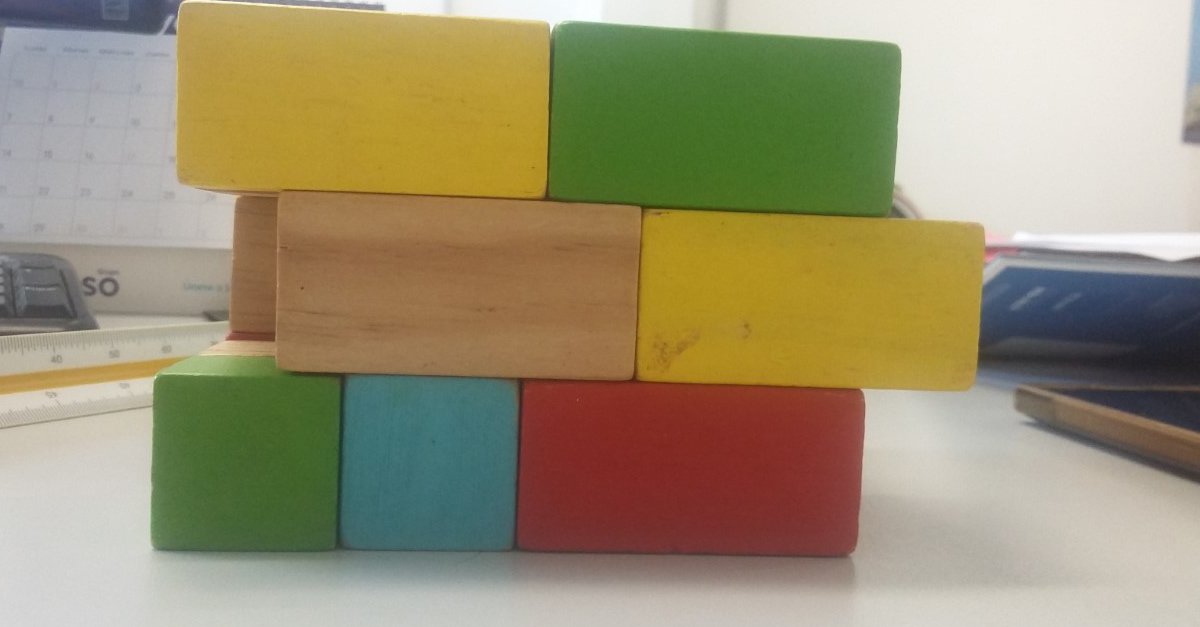 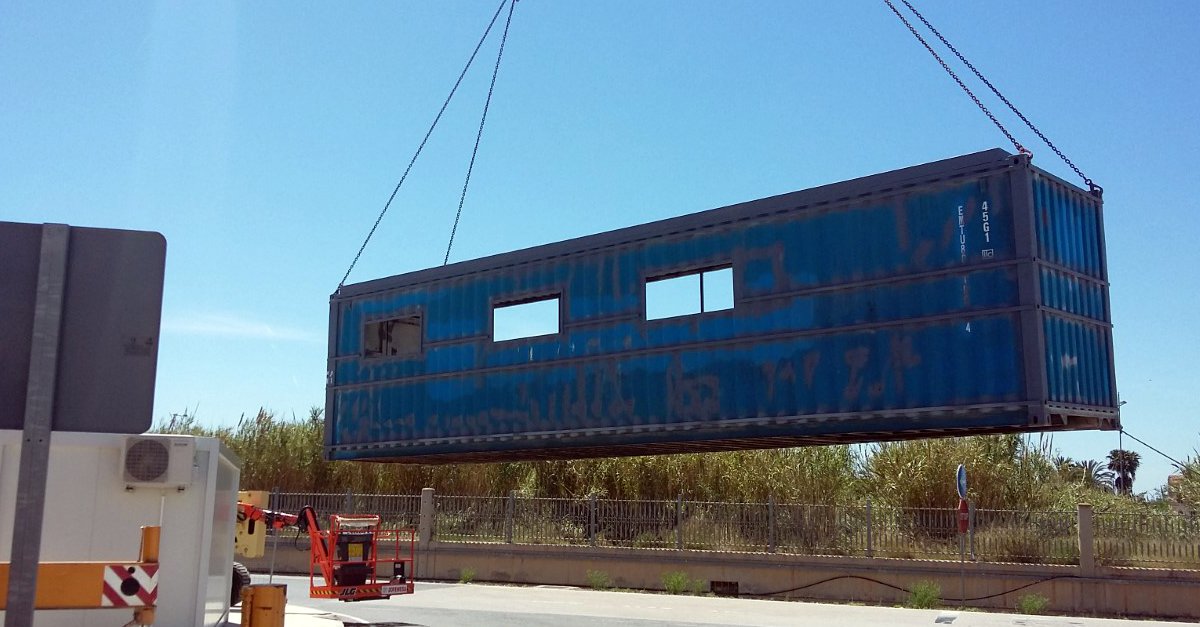 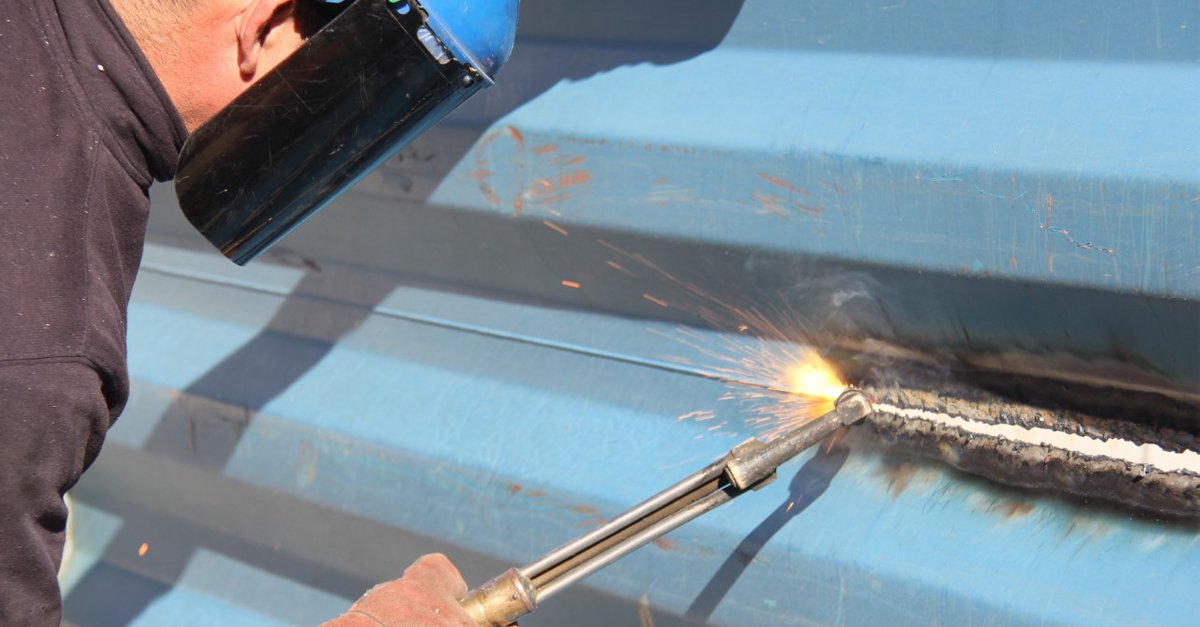 The initial idea was to use containers, taking advantage of the housing construction experience of the group’s company, Tymsa. But as is usually the case during the planning phase, the engineering team assessed up to ten different options until the final project was chosen.

The conclusion was that containers would become the structural element. The creativity of the project was found, curiously, in this set of wooden pieces. A toy that helps the engineers to work the volumes of the building. The next step was to develop and design the project, in strict compliance with building regulations. Precisely, this type of construction follows exactly the same type of requirements as the usual constructions.

The use of marine ISO Containers as a basic structural system has significant advantages in the world of building. Firstly, the ecological factor, as the containers are recyclable and reusable. They reduce the use of other materials, they reduce the impact on the environment where they are located, they represent a lower energy expenditure during construction, they minimize the environmental impact of the construction process at the level of pollution and noise nuisance and, finally, they facilitate assembly and disassembly work.

In addition, they have the advantage of safety as they have been designed to be watertight, economical and safe for storing and transporting large tonnage of goods over long distances. The containers have been tested to withstand the marine climate and its movements, maintaining their stability and structural safety against impacts, movements and inclement weather.

Finally, the modular buildings built with ISO Containers can be moved from one place to another, since the dimensions and connecting connectors for lifting and transport are maintained. This allows the modules to be prepared in the workshop and taken to their location for assembly, as well as future disassembly for transfer to another location.