The business group shows new examples of its commitment to the most disadvantaged sectors of society. Through Asix, a donation of computer equipment has been made to Caritas and, in addition, SAM Algeciras has been distinguished by the Spanish Red Cross for the transfer of a refrigerated container during the first months of the pandemic. 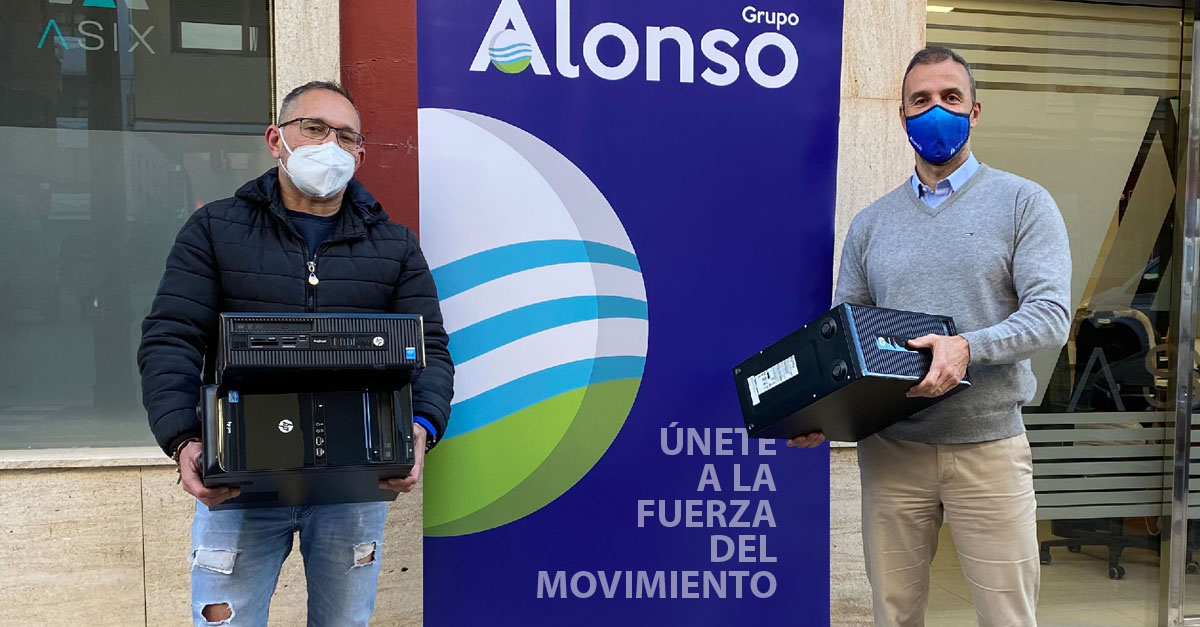 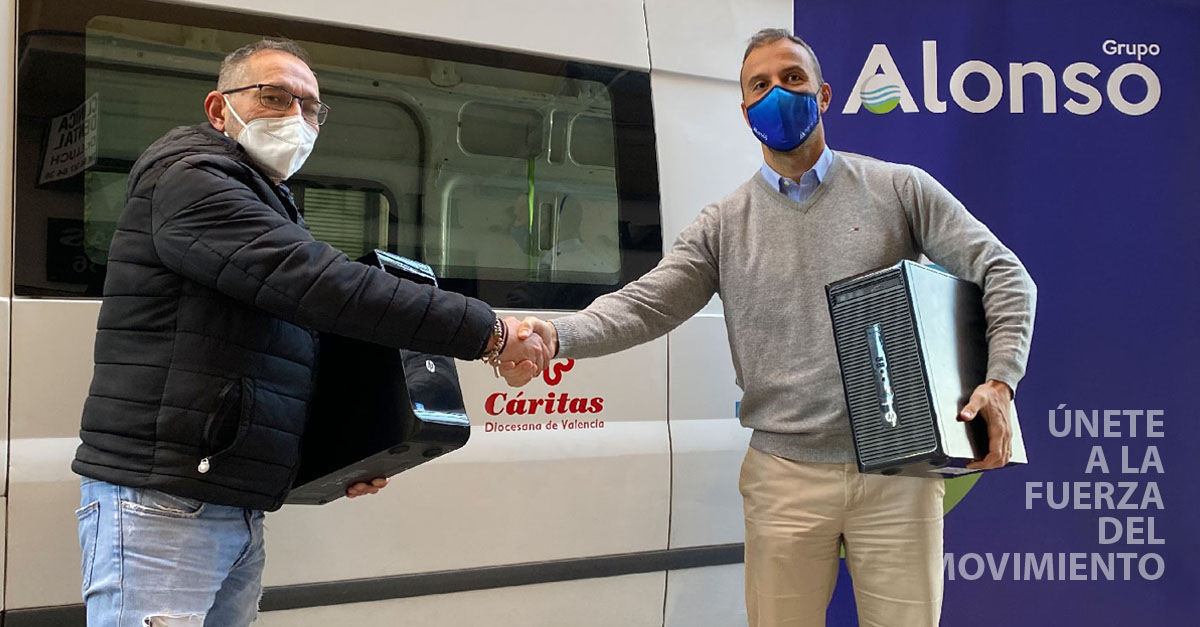 Alonso Group has given Caritas a set of computer equipment to promote the training and socio-labour insertion of those groups that the organisation supports. With this action, coordinated through Asix – an Alonso Group company dedicated to offering specialised IT solutions – the business group is once again setting an example of its commitment to causes in favour of social integration, the fight against unemployment and equal opportunities.

Since the outbreak of the pandemic in 2020, Alonso Group has lent its selfless support to numerous social actions throughout the country. Aware of the serious effects of the health crisis, the holding company has wanted to be very close to those who have suffered most from its ravages. A boost from the company’s Corporate Social Responsibility (CSR) area for the benefit of excluded people.

Cáritas, founded in 1947, is an organisation that promotes the reception and accompaniment of vulnerable and excluded people. It has more than 70 delegations throughout Spain that coordinate, guide and promote all kinds of social actions.

Besides, Servicios Auxiliares Marítimos Algeciras (SAM Algeciras) has recently received the recognition of the Spanish Red Cross for its commitment with those collectives most affected by the COVID-19 crisis. An award that represents the support during the hardest months of the pandemic with the cession of a refrigerated container –reefer– to the charity organisation that allowed it to store all kinds of perishable food and basic necessity products that, later on, have been distributed among people in need.

A solidarity act from SAM Algeciras, the multimodal platform managed by Alonso Group in the hinterland of the port of Algeciras, which is committed to coordination and joint work between institutions and companies for the benefit of society.

The award ceremony brought together other companies from Cádiz province that have participated in the Spanish Red Cross aid programmes aimed at combating unemployment and the consequences of the pandemic. 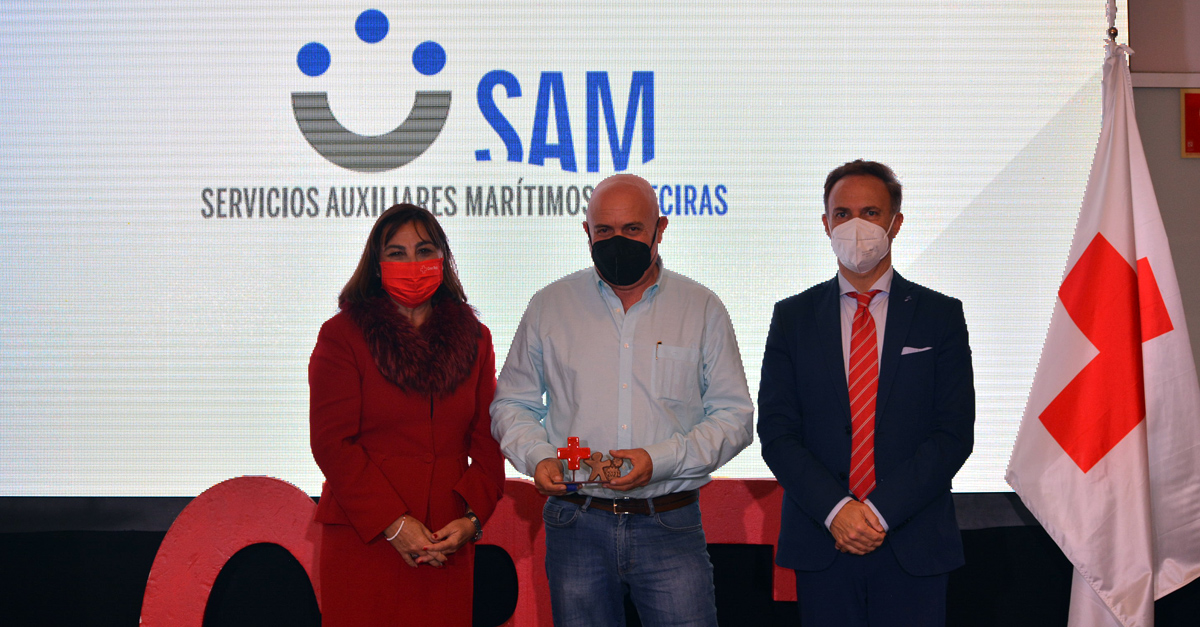 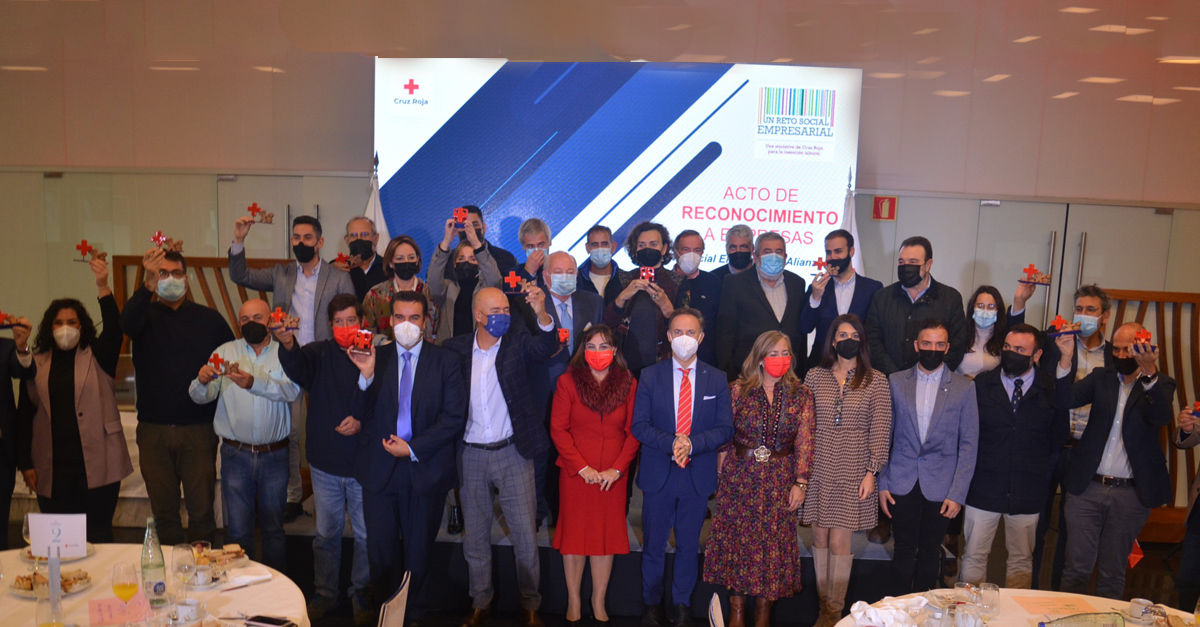