Alonso Group adds a new sponsorship related to the world of sport. The holding company supports the team of the Universitat Politècnica de València (UPV) through a logistic support that will be visible in the next international competitions of the university team, formed by fifty students of different disciplines. 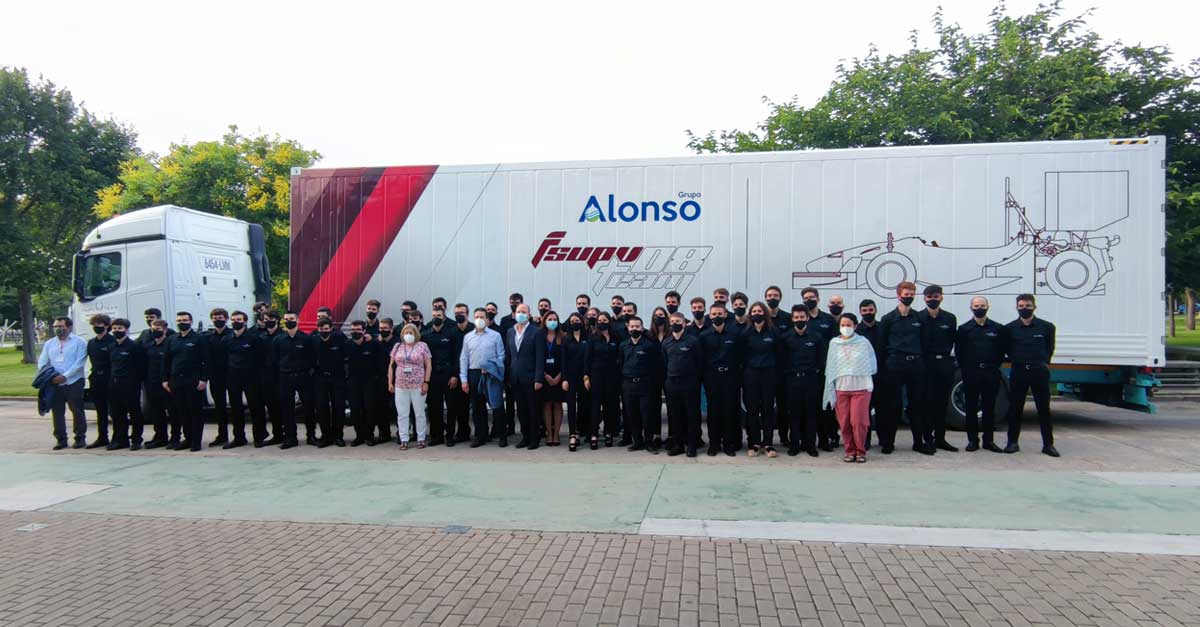 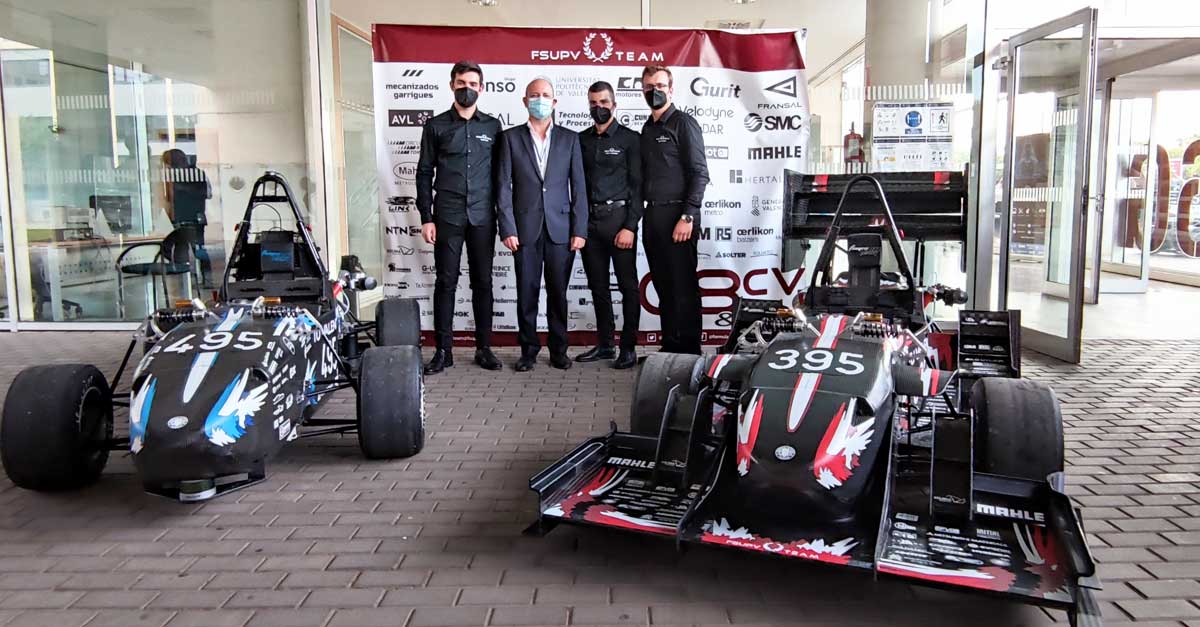 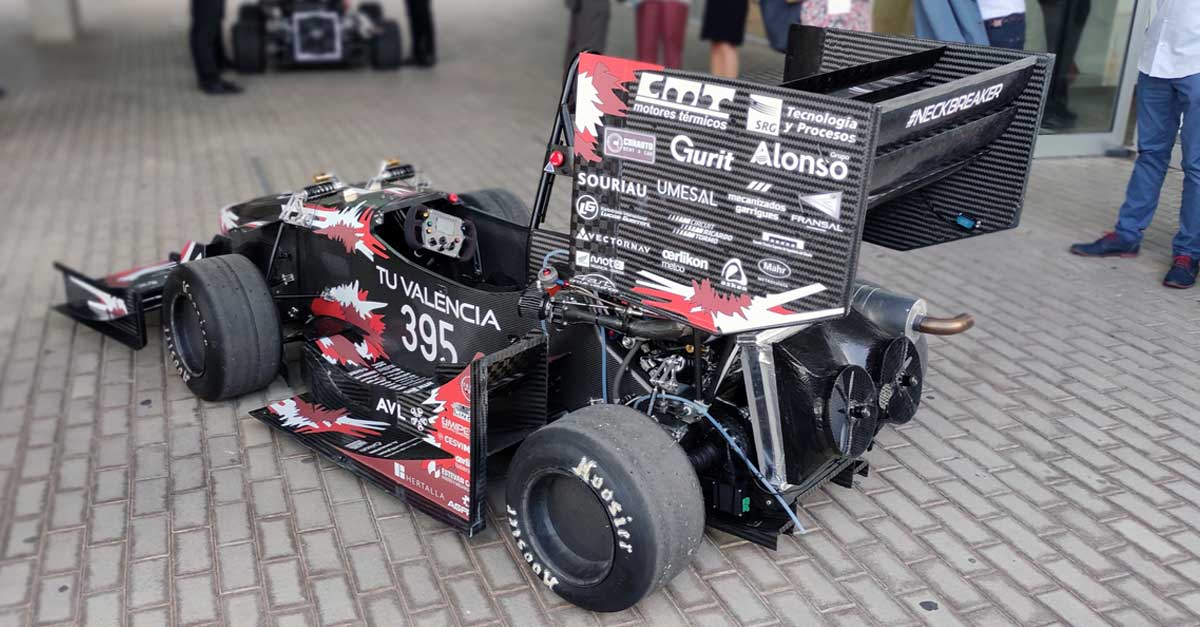 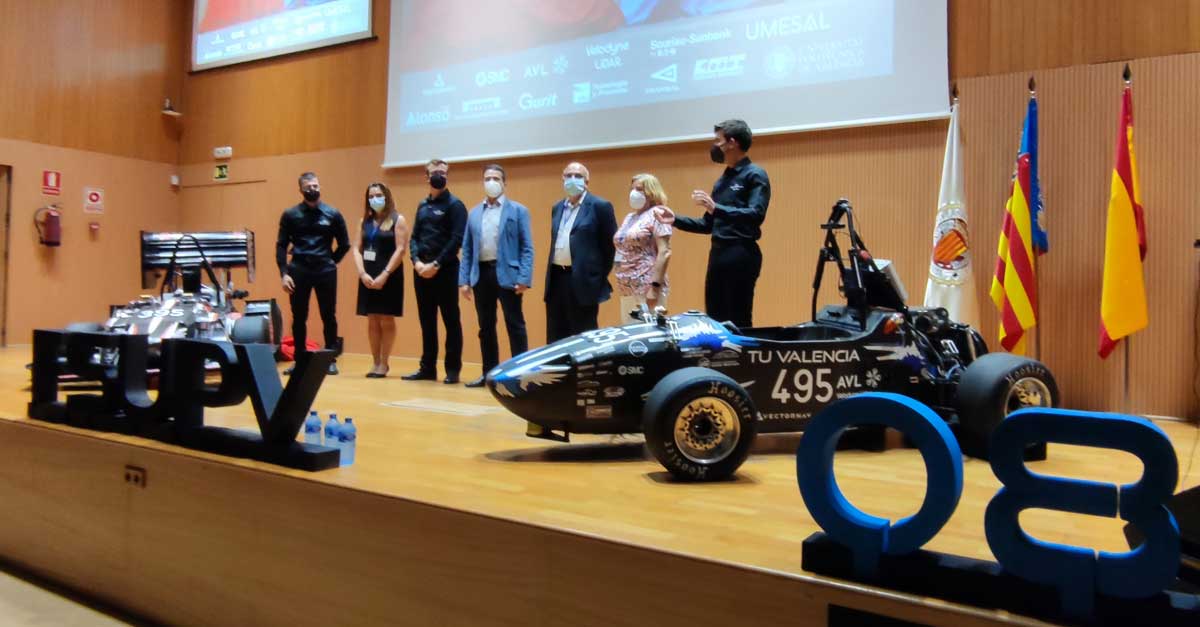 From now on, the Formula Student Team of the Universitat Politècnica de Valencia (FSUPV Team) has the sports sponsorship of Alonso Group. A contribution based on an important logistical support, essential for the university team, which will begin to be visible in the upcoming international competitions. The FSUPV Team is currently the third best team in the world ranking in its category and the best team in Europe in combustion.

Thanks to this new sponsorship, it will have a professional box, fully equipped with all the necessary services available to professional teams. To achieve this, specialists from the Alonso Group have spent weeks customising it with all kinds of details, as well as fitting out its interior and exterior, with the aim of adapting it to the team’s requirements.

The exterior of the box has been designed exclusively for the UPV Team, combining the corporate identity of the team with that of Alonso Group. The sides, the door and the front of the box have been corporatised with high quality vinyls with the corporate colours and logos of the Universitat Politècnica de València, accompanied by the Alonso Group brand. An example of the synergy and collaboration between both identities that reveal the coordinated and enriching work between University and company.

The exterior decoration of the container also includes a real image of the prototype design of the competition car, designed by the young talents that make up the FSUPV Team. The entire remodelling, design and tuning of the box has been paid for by the holding company so that the students have all the comforts during the races, as well as transport for their vehicles throughout the competition.

For this reason, the collaboration between FSUPV Team and Alonso Group also includes the contribution of the vehicle where the box will be located and the collaboration of a driver from the transport division of the holding company. In this way, the team will have full support for the international trips scheduled throughout the competition season. This is a year in which the team aims to make the definitive leap to the world title in the category with the FSUPV-08, the eighth prototype in its history, improved at all levels. Especially its aerodynamics and engine, with respect to its predecessors that achieved historic podium finishes. 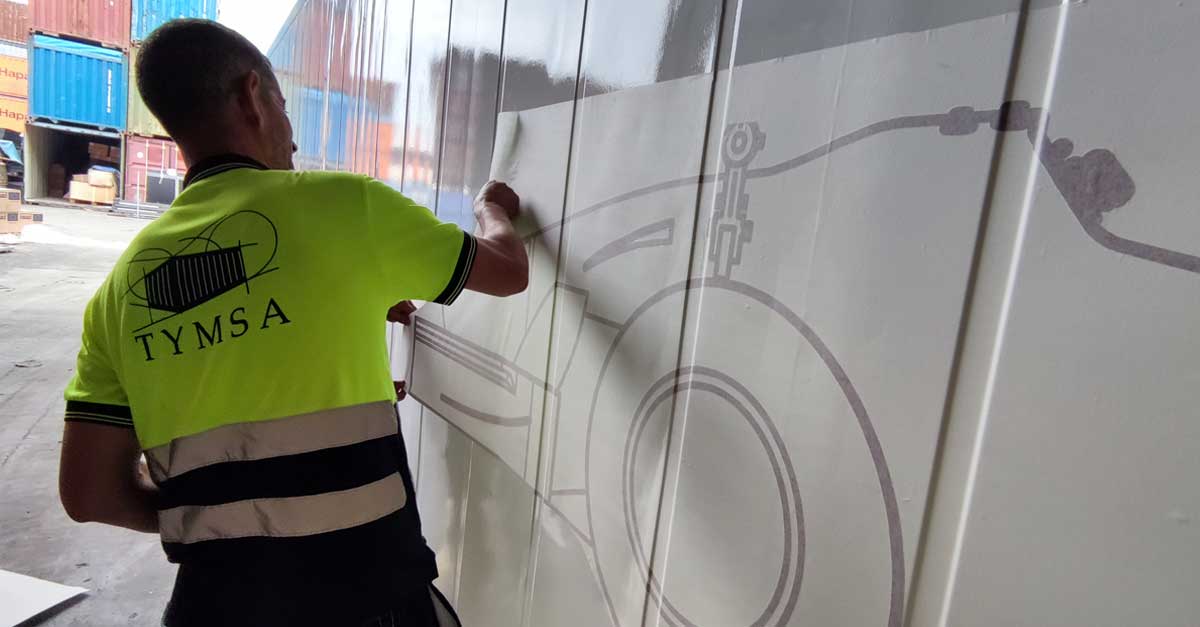 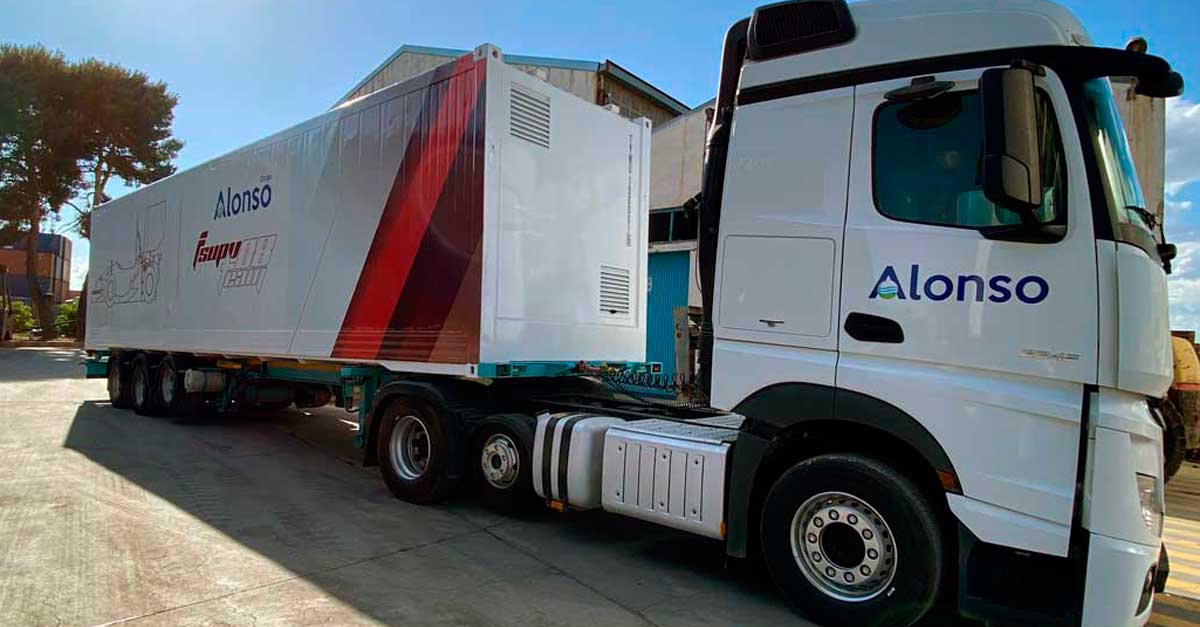 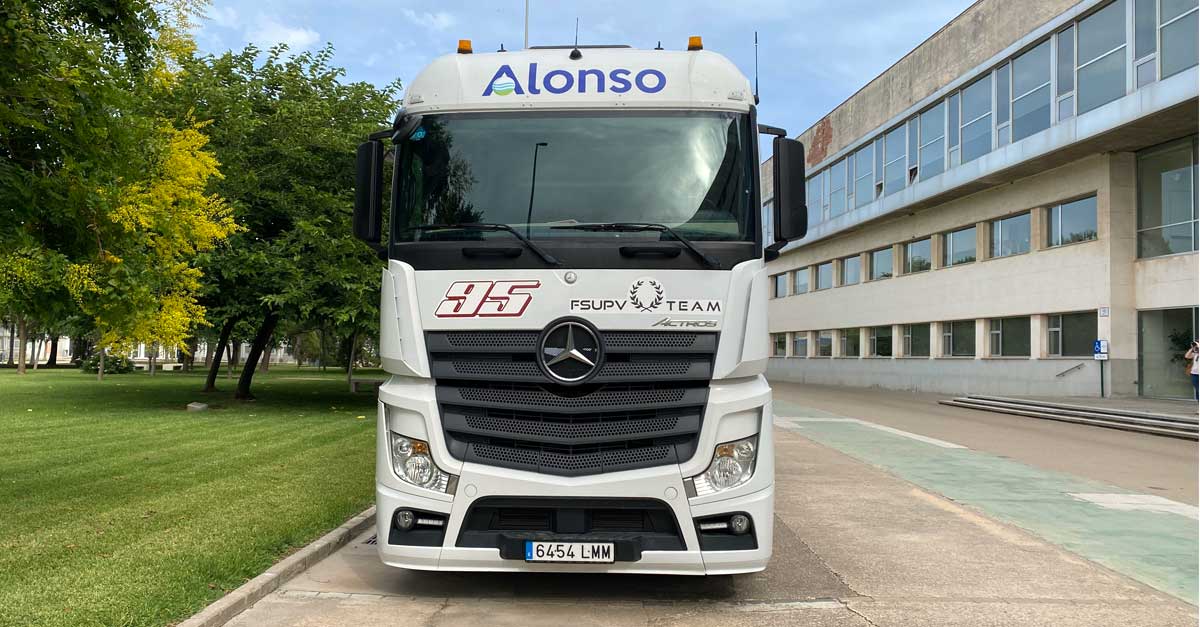 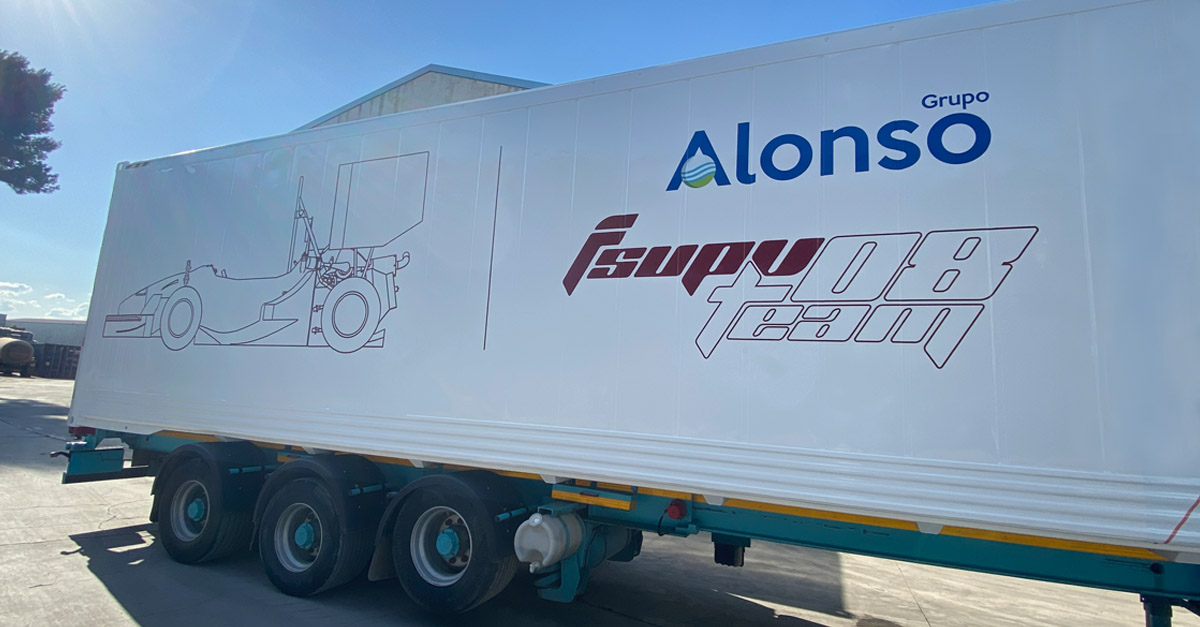 Jorge Alonso, president and CEO of Alonso Group, during the presentation of the new vehicle, stressed that “we want to support and promote the initiative of this team made up of young people who we have detected from day one that they have talent”. “They are university students who show their interest, enthusiasm and make a great effort for a project that provides them with experience and extensive knowledge”, he added. The president of Alonso Group also pointed out that they share common values and even ways of understanding work, training, as well as the demand to excel.

This action, like other recent sporting sponsorships such as support for Patacona C.F. or the Algeciras football club, is part of the Alonso Group’s Corporate Social Responsibility (CSR) area. These initiatives aim, through a real, effective and continuous commitment, to support young athletes and the values they embody: effort, self-improvement, teamwork, cooperation, companionship and healthy living, among others.

Project made up of more than 50 students

The Formula Student Team of the Universitat Politècnica de València, born in 2014, is made up of fifty students whose aim is to design, manufacture and compete with a professional single-seater. It is made up of students from various disciplines at the University: aerodynamics, chassis, vehicle dynamics, electronics, engine and transmission, design and communication. It is a practical apprenticeship where they carry out all the stages of the project from start to finish. From design and manufacture, through assembly and finally, track testing of the vehicle. An initiative that allows them to get closer to companies and the job market.

The prestigious international university engineering competition Formula Student was created in the United States in 1980 with the aim of pursuing excellence in this field and landed in Europe in 1998.

The FSUPV has another team that has been developed under the driverless mode. An autonomous driving system that also competes in Formula Student races.
A real challenge for the team of young students who, until reaching this mode, have worked on outstanding hardware solutions to subsequently, through different software channels, be able to provide the car with the capabilities of a true autonomous race.